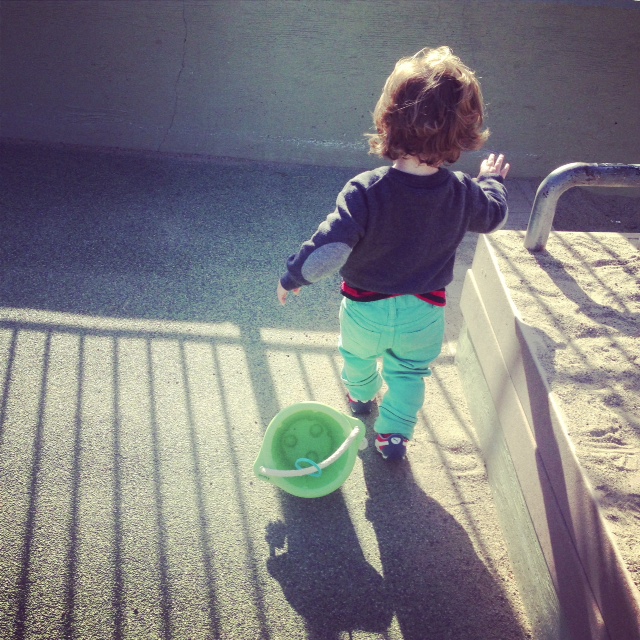 There are few things left in life to get truly, giddily excited about, and I can count them on one hand: the next season of Downton Abbey. The day my kid and his future unborn sibling(s) learn to march their little feet safely into the kitchen and pour themselves cereal so I can actually sleep in, i.e., know God, again. Bedazzled yoga pants that can double as formal wear. And reading Harry Potter to my children for the first time.

Perhaps you’ve dreamed of the day you’ll teach your kid to ride a bike or kick a soccer ball. While those aren’t on my particular “mom bucket list” because I live in fear of head injuries and I’m clinically afraid of catching a ball, I’ve fantasized about introducing my kiddo to the literal (and figurative) magic of Hogwarts since before he was born. While excessively worrying about hot dogs being choking hazards and the dangers of recalled crib tents (natch), I’ve also spent a meaningful amount of time concerned that some well-intentioned parent might, during an ill-fated playdate, decide it’s a “good idea” to read Potter to all the children present — including my own. Or, God forbid, some boggart masquerading as a responsible adult might actually (and this is hard to write) show my child a Harry Potter movie. I’m not sure what would be worse: my kid finding out which beloved character dies before he even understands the gravity of that event, or me not being there when it happens to comfort him and let him know that the world will, indeed, go on, even without X-wizard-who-cannot-be-named-in-this-post-because-there-might-still-be-future-readers-out-there-who-don’t-know-yet-and-I-just-can’t-do-that-to-them. (This is not a joke, people. You gotta respect the future fans.)

If you’re thinking this sounds like it’s entirely about me and not my kid at all (“Won’t he love Harry Potter whether you read it to him or not?”), then you’re one hundred percent correct. Maybe that makes me selfish. But I’d like to think that me sharing this with my child is one small reward for all the sleepless nights and diaper changes, and that time I played Legos with him for seven hours straight (that hasn’t technically happened yet, but surely it will? I’d like to cash in on that favor now; thanks).

I want to be there to see the look on my son’s face when Harry finds out he’s a wizard. I want to snuggle under the covers with my sweet boy and rediscover Hogwart’s crooked hallways, and pinpoint its cast of characters on the Marauder’s Map. When it’s way too late at night, and we know we should both be sleeping, but we just can’t put The Prisoner of Azkaban down because it’s that good maybe-the-best-one-of-all, I will stroke my wee one’s damp-from-sweat bangs from his face, and feel his breath on my chest, and listen to his steady, certain heartbeat as he drifts off to sleep, while visions of broomsticks dance in his head.

I’m not asking for a lot, not really. If you for some reason really want to teach my kid to ride that bike, go for it. I won’t be sad I missed that milestone; I’ll probably be relieved because bike riding is still kind of one of those things I’m iffy at. But if you could avoid talking about who wins the Triwizard Tournament in his presence, I promise I’ll make sure he doesn’t ruin Santa for your wee one. Deal?

Thanks for understanding why this one particular issue is disproportionately important to me. I’m a writer, so I’m kind of in awe of the way a really, really really good story can transform and transport you. I think Harry Potter might make my son love this crazy, astounding world a teeny bit more than he already does, which is a whole lot. I just desperately don’t want to miss it.